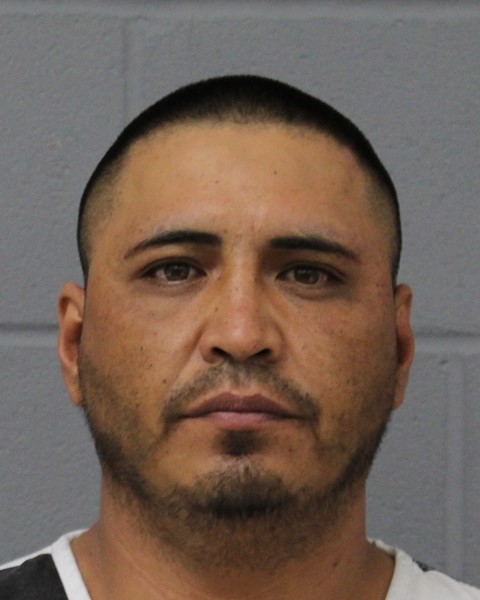 On Saturday, April 28, 2012, an APD officer was on a call at an apartment complex located at 4500 E. Oltorf.  The officer heard a loud crash and looked over to find that a vehicle had crashed into the southwest parking lot of this complex, unrelated to his call.  The driver of the vehicle that crashed was found to have suffered what appeared to be a knife wound and had lost consciousness.  EMS arrived on the scene and quickly transported the driver to a local hospital where he succumbed to his injury.  The victim/driver was identified as Randall Wells.

Officers on the scene quickly found that the driver of the vehicle had been involved in a disturbance at 2400 Wickersham.  Both scenes were secured.

Homicide investigators and crimes scene units were called to process the scenes and investigate. During the course of the investigation the suspect in the case was ultimately identified as Hector Hugo Ramirez-Lopez.

On Sunday, April 29, 2012, the Travis County Medical Examiner’s office conducted an autopsy on the victim. The official cause of death was a stab wound to the chest and the manner was ruled a Homicide.

A warrant was issued for Lopez charging him with Murder but it was believed that Lopez had fled the country and was possibly in his native country Mexico.

On Wednesday, October 27, 2021, this case premiered on “In Pursuit with John Walsh: Predator Next Door” Season 3 Episode 11. The internationally televised broadcast profiles crime stories as told by witnesses and law enforcement officials in a collaborative effort to pursue and apprehend wanted fugitives.

On Saturday, November 20, 2021, Lopez self-surrendered to authorities in Mexico. He was subsequently extradited back to the United States and is currently being held at the Travis County Jail.