APD Lieutenant Kenneth Hubbs currently works in north central Austin, but his service to the community goes well beyond those boundaries. Lieutenant Hubbs will be receiving the Community Service Citation for his service to improve the lives of others in our community and beyond.

For the past four years, Lieutenant Hubbs and his family have purchased food and clothing and assisted in preparing “Bags of Grace”. The bags are distributed to the homeless and people in need throughout Austin by various volunteer and church organizations. Lieutenant Hubbs and his family also purchased and put together winter clothing for people in need over the last several winters. During the summer of 2018, they purchased and distributed water, food and baby wipes and put together hundreds of care packages for people experiencing homelessness in Austin. Lieutenant Hubbs filled the back seat of his patrol car and passed them out when he came across someone in need, only asking that they dispose of their trash upon using up the care package.

From 2016 to 2017, Lieutenant Hubbs donated time and materials to help remodel a food pantry in Georgetown, Texas. The site serves families who are in need of food, clothing or other belongings. Also in 2017, Lieutenant Hubbs came across a wife panhandling in north Austin. He learned that the woman struggled with mobility issues and her husband had recently been laid off. The couple was sleeping on the hard tile floor of their apartment. Lieutenant Hubbs sprang into action and drove to a nearby store where he purchased an inflatable mattress on which the man and woman could rest more comfortably.

Lieutenant Hubb’s compassion extended all the way to the tiny island of Barbuda in the eastern Caribbean. In September of 2017, he traveled there with a group to assist with international aid relief. The group assisted with restoring water, food and shelter for the island. Lieutenant Hubbs also helped worked with a team to rebuild three homes that had been destroyed by a hurricane during his visit.

For his devotion to our community and beyond, Lieutenant Hubbs, pictured below, will be honored with a Community Service Citation at this year’s APD gala.

The 2019 Stars of Distinction Awards Gala will take place on November 16, 2019 at the Hilton Austin Downtown located at 500 E. 4th Street. Media is invited to film the awards which will begin at 7 p.m. 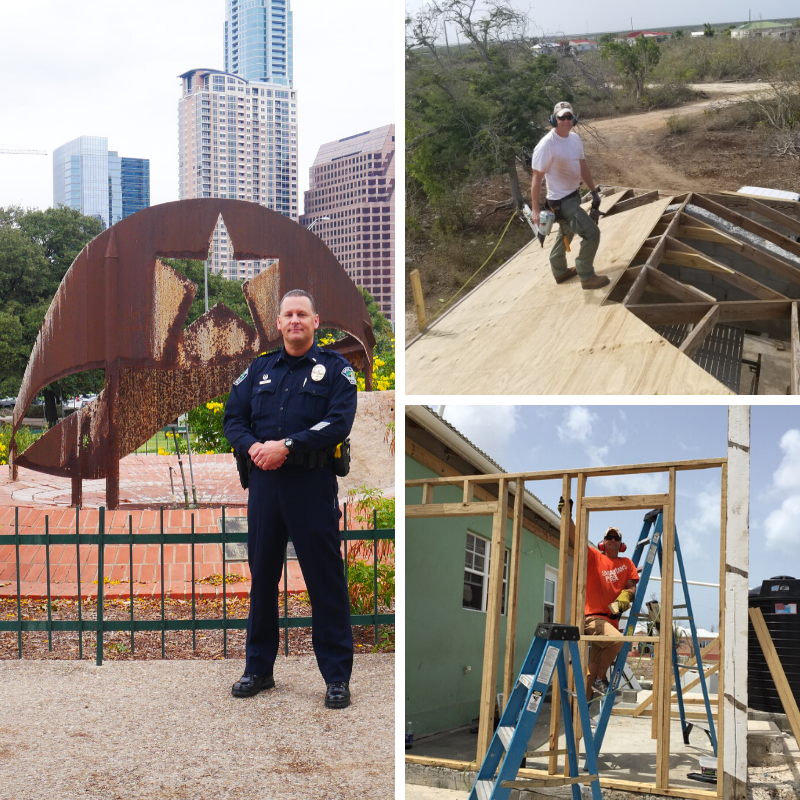